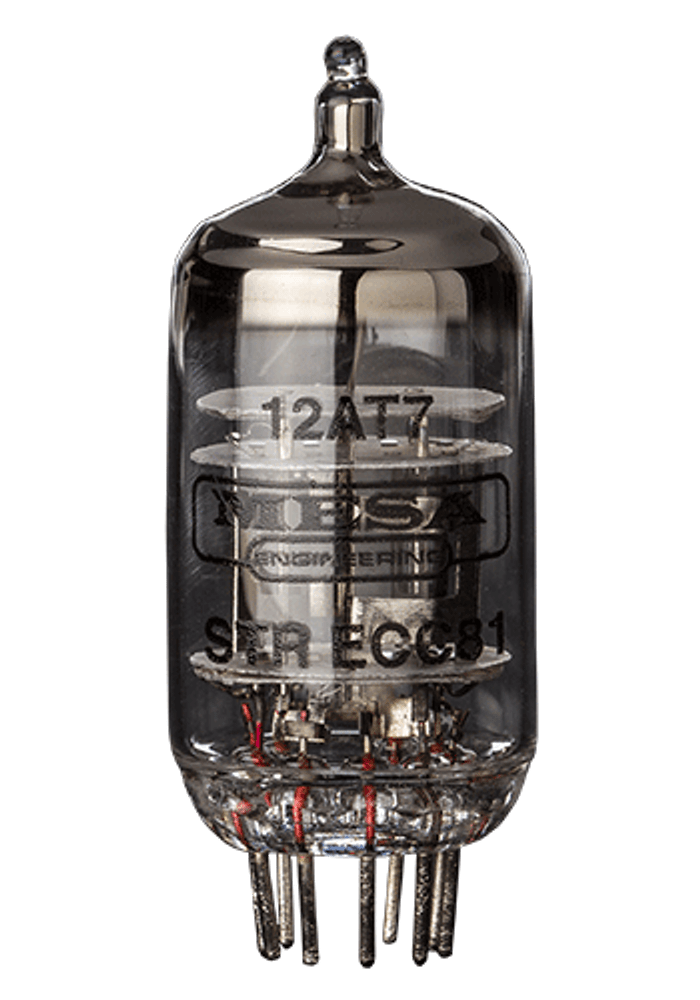 Temporarily out of stock.

The MESA® 12AT7 is a premium grade, lower gain preamp tube most often used in reverb stages and/or phase inverter positions in older amplifiers. It is used in older MESA/Boogie® designs (MESA amps built before 1991) as a reverb driver stage, but the 12AT7 can also be substituted in 12AX7 gain stages where users are seeking lower gain response from higher gain positions in the preamp string. The lower gain output of 12AT7s can expands the range of clip and overdrive potential of higher gain amps for truly authentic roots and traditional styles. This tube is equivalent to the European ECC81 tube and can be used in any 12AT7 or ECC81 type circuit.